Thank you for registering.

END_OF_DOCUMENT_TOKEN_TO_BE_REPLACED

Setting up Role-based Access Control (RBAC) in Snowflake requires careful planning and design of the roles, environments, and database objects that will be involved. Reusable scripts or stored procedures can be written to create the objects and roles in each environment. These scripts allow centralized maintenance of the RBAC implementation and when done correctly, RBAC is a powerful approach to manage user access and privileges in Snowflake.

Before delving into RBAC design, let’s briefly review the Snowflake system roles and their purpose.

ACCOUNTADMIN — top-level role that should be used for account level configuration and maintenance only.

SECURITYADMIN — powerful role with the MANAGE GRANTS privilege that can modify or revoke any grant in the account, as well as create, monitor, and manage users and roles. This role is typically not granted any custom roles and as a result it doesn’t have access to database tables.

SYSADMIN — primary role that creates objects such as warehouses, databases, and other objects in the account as well as grants and revokes privileges on objects. Typically, this role can access all data and can assume all roles.

In Snowflake, there is a clear separation between the roles that manage users and grants (SECURITYADMIN, USERADMIN) and the role that manages objects (SYSADMIN). We will want the same separation when creating our RBAC environments. This will allow us to grant the environment system administration role to one or more members of the development team so that they will be able to create their own database objects. By keeping the role that manages users and grants separate from the system administration role, another administrator can be assigned this role to manage who has access to the environment and which roles they may use.

When creating roles that will own objects, Snowflake recommends creating a hierarchy of custom roles, with the top-most custom role assigned to the system role SYSADMIN. This role structure allows system administrators to manage all objects in the account.

To design RBAC for an environment, consider the following activities:

As an example, let’s set up an environment named ENV. Depending on the size of the organization and the software development lifecycle, environments may be defined separately for development, testing, UAT, production, and so on. Additionally, there may be separate environments per business units or per subject areas. It’s always a good idea to start with a set of abbreviations that will be used to indicate the environment name and then use these abbreviations when creating objects and roles.

We will define 3 functional roles: data analyst, data scientist, and devops. These roles will be named ENV_DATA_ANALYST, ENV_DATA_SCIENTIST, and ENV_DEVOPS respectively.

We will define 3 access roles for each of the schemas in the environment: read, read/write and full. These roles will use suffixes _READ, _READWRT and _FULL respectively.

The two environment administrators will be named ENV_ROLE_ADMIN and ENV_SYS_ADMIN.

We will also create a database named ENV_DWH and a schema named FINANCE.

All of these roles and objects are represented in the following diagram:

To set up the scripts that will create all of these roles and objects, it takes a bit of patience and careful planning, especially since we are using two environment administration roles and we must switch between them to get everything set up and working as expected.

Our first step will be to create the environment management roles using the USERADMIN role:

Then we will grant these newly created roles to ourselves (the current user), so that we will be able to use them later, still using the USERADMIN role:

To allow the environment SYSADMIN to create objects in the account, we must use the SYSADMIN role to grant the CREATE DATABASE privilege:

Now we will create a database and a schema with managed access using the ENV_SYS_ADMIN role:

After we have created the database and one or more schemas, we can create access roles for each of the schemas using the ENV_ROLE_ADMIN role:

We have also granted the newly created access roles to the environment system administrator role ENV_SYS_ADMIN. Due to privilege inheritance and role hierarchy, since we have granted the ENV_SYS_ADMIN role to SYSADMIN earlier, the SYSADMIN role will inherit these roles automatically.

Now we will use the ENV_SYS_ADMIN role again to grant usage privileges on the database ENV_DWH and schema FINANCE to the newly created roles:

Since we have a newly created database and schema, we expect that there are no objects created yet and we don’t have to grant any access on the current objects. We will grant only future access for objects that will be created in the schema in the future:

Similarly as we have done for the FINANCE schema, the section above should be repeated for each schema in the database. The commands can be parametrized with the schema name and can be converted into a stored procedure for reusability.

Another recommendation is to review the object types for which we have granted access. We have considered tables, external tables, views, stages, file formats, streams, procedures, functions, and sequences, but this list can be customized depending on the object types that are expected to be created by the users.

As usual, we have granted all newly created roles to the environment system administrator ENV_SYS_ADMIN.

Once all of the above is done, we can grant functional roles to users. To test if the roles are working as expected, we can just grant them to ourselves for now ( to the current user stored in the variable my_current_user that we have defined earlier):

We will also need a warehouse to execute queries, so let’s quickly create a default warehouse using the SYSADMIN role and grant usage on the warehouse to the functional roles:

We can try using one of the roles, for example ENV_DEVOPS. Using this role we will create a table named CUSTOMER:

We can check that the table was created in the Snowflake user interface or by executing the SHOW TABLES command. We will notice that the owner of the table is the ENV_FINANCE_FULL role, even though the role that created the table was ENV_DEVOPS. This is the expected behavior since we are using a managed access schema, where the role that has ownership privilege on the schema becomes the owner of the objects.

Still using the ENV_DEVOPS role, let’s insert some data into the CUSTOMER table:

The above statement should execute successfully because the ENV_DEVOPS role has the ENV_FINANCE_FULL role granted which owns the objects. This means that it can write data.

We can now switch to the DEV_DATA_ANALYST role and select from the CUSTOMER table:

With Snowflake secondary roles this is no longer required. As long as user DevOps has both DEV_DEVOPS and TEST_DEVOPS roles granted, they can set one of these roles as their primary role and the other as the secondary role. Keeping in mind that authorization to create objects comes from the primary role only, the primary role would be assigned according to the environment where objects are being created or data is written.

For example, to create a table named CUSTOMER in the test environment by cloning the table from the development environment, the DevOps engineer would set the roles as follows: 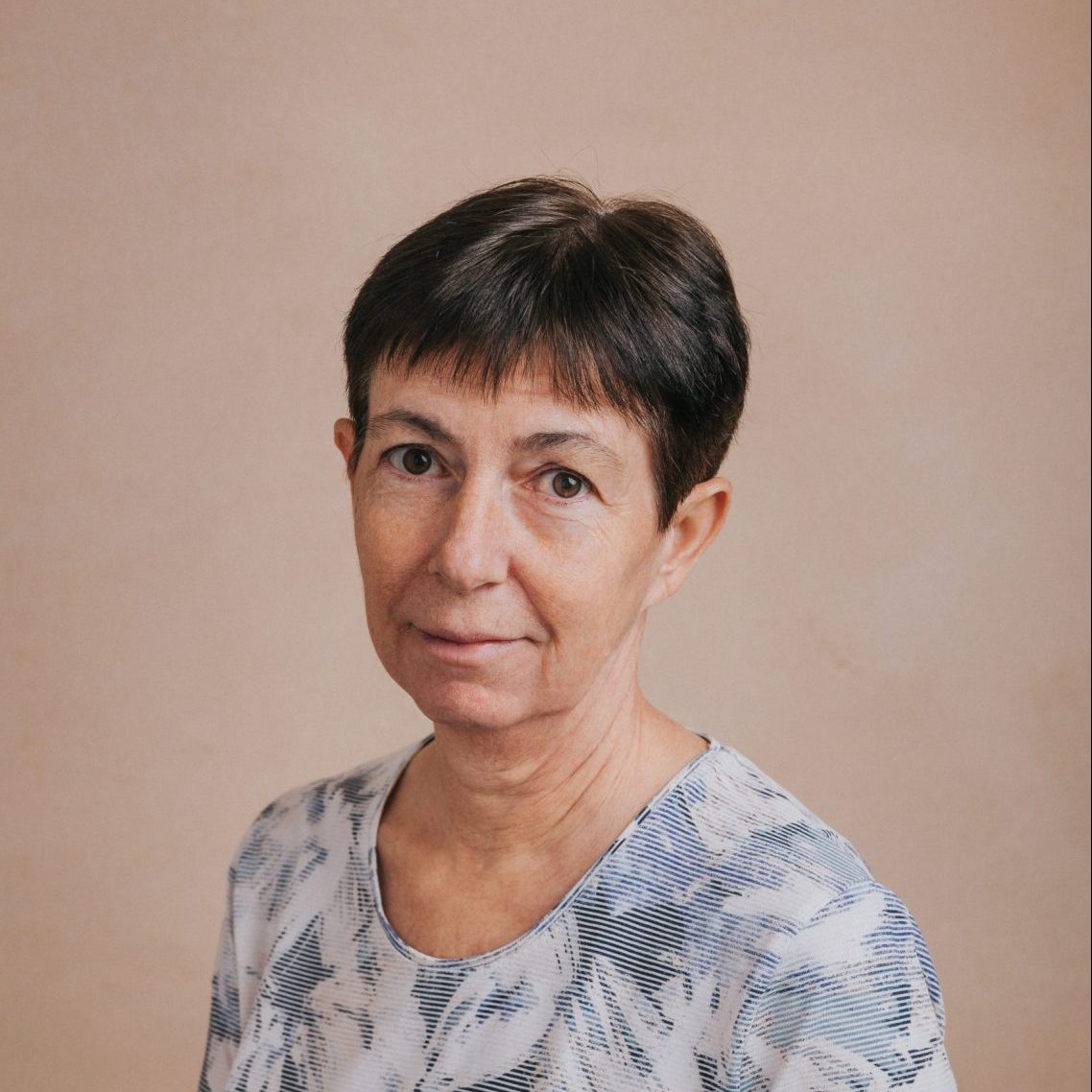 Many Snowflake users probably don’t use estimating functions on a regular basis, as these functions are primarily meant for data scientists. Here we explain them in layman’s terms without complicated mathematical equations.

END_OF_DOCUMENT_TOKEN_TO_BE_REPLACED

Thank you for your feedback.

These cookies are essential in order to enable you to move around the site and use its features, such as accessing secure areas of the site. The website cannot function properly without them therefore those are enabled by default.

Any cookies that may not be particularly necessary for the website to function and is used specifically to collect user personal data via analytics, ads, other embedded contents are termed as non-necessary cookies. It is mandatory to procure user consent prior to running these cookies on your website.

Undefined cookies are those that are being analyzed and have not been classified into a category as yet.

Advertisement cookies are used to provide visitors with relevant ads and marketing campaigns. These cookies track visitors across websites and collect information to provide customized ads.

Those cookies collect information on how you use the website,which pages you visited, how long you stayed, which links you clicked on etc. None of this information can be used to identify you. It is all aggregated and, therefore, anonymized. They are essential in measuring the performance of a website with a purpose of optimizing users’ experience.

Performance cookies are used to understand and analyze the key performance indexes of the website which helps in delivering a better user experience for the visitors.